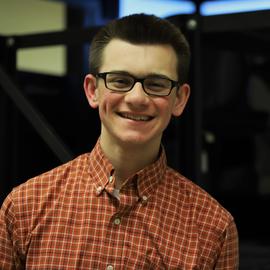 Paul Mokotoff is a graduate student in the Department of Aerospace Engineering at the University of Michigan (U-M) and serves as a Graduate Student Research Assistant (GSRA) in the IDEAS Lab. His research interests include sustainable aviation, conceptual aircraft design, optimization, and software development for aircraft design and analysis.

Prior to his time at U-M, Paul attended Syracuse University and worked as an RA in the Aerospace Computational Methods Lab. As an RA, Paul developed GLOVES – Graphical Layout of Vehicle Systems – for the Engineering Sketch Pad, which allows users to design an aircraft concept interactively by arranging and sizing components on a canvas. As an undergraduate, he developed PRoFile, a 2D finite element analysis code, for his Honors Thesis: Exploring Tie Constraints for Structural Analysis Problems.

Paul is a Student Member of the American Institute of Aeronautics and Astronautics (AIAA) and also serves on the Meshing, Visualization, and Computing Environments Technical Committee. He is also a member of Sigma Gamma Tau, the honor society for Aerospace Engineering.

Outside of Aerospace Engineering, Paul plays the sport of curling, and also enjoys cycling and cooking.